“Life’s filled with trauma. You don’t need to go to war to find it; it’s going to find you.”
– Sebastian Junger 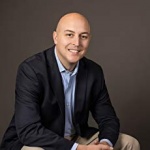 Everyone’s Mother Day invokes an emotion that is pertinent to them. For me, Mother’s Day emotions were decided on May 9th, 2004 when I went out on two separate missions. End result: 40 Improvised Explosive Devices (IEDs) hit, hit by 30 Rocket Propelled Grenades (RPGs) and in between the missions we received 76 mortars on camp that day. To anyone in 2/5 Cavalry that was at Sadr City from 2004-2005, this seemed like a common occurrence, especially after dealing with the ambush of April 4th, 2004, but Mother’s Day for me was set in stone after that day.

We had been briefed for the mission, we had aerial photos and we knew that the entire city laid in waiting to ambush us once again. This time we brought our Bradley Infantry Vehicles (Bradleys) and not any HMMWV’s. The first mission began in the morning and as we headed to is now known as the Polite Police station and Rafidain police station, I realized the citizens of Sadr City were going to be anything but polite. The most amusing piece is that the Rafidain police station is now located adjacent to a restaurant named Happy Time. Happy Time. I have been asked many times to describe my deployment to Iraq and at no time have I described it as a Happy Time.

As we circled the police stations and took inventory of where all the fire power was coming from, we had 4 Bradleys out there and unleashing hell on any contact that came our way. With each IED and RPG, my gunner, SPC Coy Stone was shooting so much 7.62 down range that the gun became jammed several times in the course of the firefights. My driver for that mission, PFC Rose had not quite seen this heavy of action as they weren’t my normal crew. SPC Caledron and SPC Platt were on a break for the night mission so I took my Platoon Sergeant’s crew out into the fray and we did not expect the kind of action we saw that day. As the bullets clinked off the Bradleys, IEDs were exploding under, around and in front of us, none of us honestly thought we would make it back and then we received the order from the Commander to circle back around to the place we just came from and our hearts sank.

As we looped back around, the insurgents re-engaged and seemed more coordinated in their attack. The hail of bullets, the IEDs and small arms fire grew more deadly with each passing minute. Although we were holding our own, oil started to leak from the engine and the last thing you want to do with a vehicle is be stuck in Sadr City and have to be towed back or have a mechanics vehicle come and fix it. Although we were going at much slower speeds, we made it to east of the city and as we headed North, we had a crowd of 100’s of women and children in front of us. They were armed. They had AK-47’s and RPGs aimed at our Bradley and SPC Stone asked me what to do after they opened up and fired at us. We had no choice. We returned fire and many in the crowd fell from our rounds. Kill or be killed. That was our option. One I haven’t regretted since, but it doesn’t mean that I don’t think about this mission all the time. Years later, as I spoke to SPC Stone, that action of firing into the crowd has directly been linked to his Post Traumatic Stress Disorder (PTSD).

Upon return to the Forward Operating Base (FOB), I realized that I wasn’t just an Infantry Platoon Leader anymore. We parked the Bradley in the motor pool and as we got out, PFC Rose was crying so much that all I could do was hug him and try to comfort him. PFC Rose was 19 years old and had a pregnant wife at home. Although I couldn’t fully understand what he was going through, I empathized for him as he probably didn’t believe that we were going to make it out of all that we had just been through. SPC Stone stepped off the Bradley and was waving his arms and around and couldn’t stop talking about the women and children in the crowd firing at us. He believed that he chose to shoot, but in reality, I gave him the order to fire to save our lives. To this day, I realize how much of an emotional robot in just a month while deployed. I didn’t express any emotions to Rose or Stone, all I could do was react, which is what the Army had been teaching me to do all the years in training. I wanted to feel something, to have emotions, but it all had been drained out of me from combat.

In between missions, mortar after mortar landed on Camp War Eagle. All. Day. Because of the fear in having civilian casualties we rarely counter-mortared the attacks. Just going to the dining facility posed a risk to the Soldiers on camp. As I recovered from the morning mission and the all-day mortar fest, I received word that we were going back out into the city to conduct a raid on the Sadr Bureau. I was the only Platoon Leader from Alpha Company that had went out on the morning mission that day. As the Platoon Leaders (myself included) were briefed by the Company Commander, he asked if he had any volunteers to lead the mission. After hearing what kind of day it was, the other two Officers looked the other way and I stepped up and told the Commander, “I will.” I knew this action could possibly be my last mission, but if it meant for a more effective mission, I was willing to make the sacrifice for our team.

The night mission began and it was just as bad as the morning. We received direct fire from AK-47’s, RPGs and IEDs through the entire mission as we made our way up route Delta. (Center of Sadr City) Once again, I had received so much fire that the Bradley’s engine was getting overheated; a majority of our reactive armor on the sides of the Bradley was already gone. A decision was made for my vehicle to get escorted back to the FOB. It wasn’t a light decision, as it required another Bradley to accompany as a wingman and luckily, the mission wasn’t compromised and everyone made a return. Although I didn’t get to sit down and reflect on the day while there, my Mother’s Day will be forever cemented in my mind as the day I want to forget, but never will. The day that rendered me an emotionless robot for life. The day I learned that in order for me to function as an Officer, I had to accept that I was going to die. The day that will annually be replayed in my mind and have me wonder, “How did I survive that day?” I will never have a worse day than that one. In my life now, whenever I think something doesn’t go my way or I am feeling sad about something really small, I think back to Mother’s Day in 2004 and am grateful for just being alive today.

Purchase Dave Swanson’s book – The Dot on the Left

Contours and Shapes in Genre Fiction