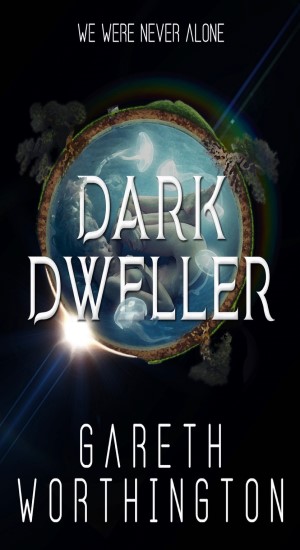 “The future belongs to those who learn more skills and combine them in creative ways.”― Robert Greene.

So it is with “Dweller”, written by Gareth Worthington, a multi-award storyteller. Here, a helium mining mission to Jupiter by a team of explorers and scientists from the Earth is on course. Helium is the second most abundant element in the universe but it’s interestingly so scarce on the Earth. The team understands that acquiring it means getting rich as proved by the many scientists who have become billionaires after such operations.  Purchase Here.

Unlike what they expected, Jupiter’s orbital path seems altered and an escape pod revolving towards their vessel seems to not only jeopardize the mission but their lives seem threatened. The team suddenly stands mesmerized at the site of a young girl trapped in the pod. Her strange demeanor and fearful words are both scary. Who is she? A plan decades in the making is almost being ruined. Is she in danger or is she a danger to the mission?

A new assignment to pick a research scientist in Europa, one of Jupiter’s moons is about to derail their dream further. They are literally balancing on a knife’s edge. Aggravating challenges like gravitational shift, rapid temperature change, extreme nausea, radiation, and unimaginable cold atmospheres tear the team apart. It is now the survival of the fittest.

This ode boasts strong lucid language and solid action that will make you clench your fists and heave your chest in anticipation and thrill. Further, the oeuvre is peppered with an intense emotional atmosphere as exhibited in the outspoken and radical nature of the characters. Like a medieval troubadour, the sceneries careen through an array of emotions that are by turns poignant and vibrant. This leaves readers searching and hoping that the next chapter will introduce a ray of light to the already intense narrative.

This is a solid visceral read for everyone with an interest in knuckle-hard science fiction from one of the literary giants of our time. It is irrefutably several notches above what you usually get in any fiction work.