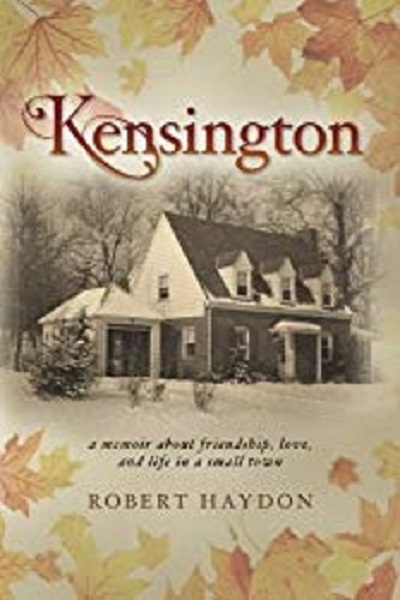 Kensington: a memoir about friendship, love, and life in a small town is a fascinating recollection of Robert Haydon’s life in the 40’s and 50’s that also includes enthralling ancestral stories along with entertaining anecdotes involving animals. Haydon’s family moved from Kensington, Maryland, to Dallas, Texas, in 1957. Haydon not only shares some of his unforgettable memories of Kensington through engrossing stories but also writes about the tough scenario the family faced that prompted the move to Dallas. During Haydon’s teen years in Dallas, music became an important part of his life, especially after he met Steve Miller, a fellow classmate, who shared his love of music. This friendship led to the formation of a band that included other fellow classmates, and the group named themselves “The Marksmen Combo.” This was the beginning of Haydon’s performing career, which brought him into contact with some of the greatest musicians of all time, who are mentioned in the book. Purchase Here.

This memoir grabs readers’ attention from the very beginning with the wonderfully written prologue that sets up the story, which is told in the stylistic tradition of a novel. The Haydon and Mann families joined together through marriage and had different outlooks on life. The Haydon’s led a rural lifestyle, whereas the Mann were city folks. Haydon shares intriguing snippets about his ancestors along with more specific details about the lives of his grandparents and immediate family members. Pivotal and historical events in the lives of both families that are touched on by Haydon connect with readers’ emotions. Haydon also uses vivid, sensory details along with realistic dialogue to draw readers in and keep them invested in continuing to turn the pages. The black and white photographs sprinkled throughout the book not only help legitimize the story but also help readers visualize the people that are an inherent part of it and the places where events have taken place.

Haydon does an excellent job of using anecdotes that pull readers into the heartaches and celebratory moments experienced by individuals in this well-researched narrative that also provides readers with opportunities to form their own opinions about some of the material presented in this historical account. The honest and genuine telling of moments and events that encompass family and friends will appeal to readers, especially anyone who is interested in influential rock music icons and a real insight into what it was like growing up in the 40’s and 50’s. Kensington is an enjoyable, moving, and enlightening memoir that covers historical junctures and personal incidents of a time period in history that was far different than today’s culture.