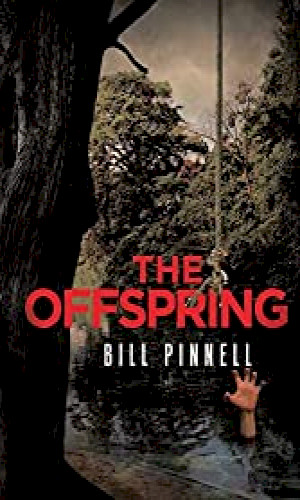 Offering a read that simultaneously compels, repels, and excites, author Bill Pinnell’s The Offspring, peers into the dark side of human nature via family relationships, secrets, and racism, shown through a multi-layered, multigenerational, multi-perspective lens bringing together a set of characters whose lives intersect in interesting and at times intense ways. Purchase Here.

First, the curiosity is piqued by an intriguing prologue which fundamentally sets the tone of this complex character-driven story, as a vivid memory quickly turns from pleasure to horror, within the mind of a character seemingly beguiled by scenes from the past. Next focus moves to the backstory of the romance between Lemuel Decker and Irene Baxter. Both are students at Logan High School during the 1940s in rural Nebraska. Set apart by an age gap and personality the two almost seem to be polar opposites while Lemuel is a shy athletic farm boy, Irene is pretty, popular, and outgoing. Because of the difference in age in school their paths rarely directly cross. However, once they do each makes an impression on the other not soon to be forgotten. Shy farm boy Lemuel holds a soft spot for the pretty and friendly Irene, but his timid demeanor continues to keep him seemingly hopelessly infatuated and at a distance.

However, after Lemuel graduates, fate comes into play creating a set of circumstances combining love and chivalry that would bring the two together to build a life as a family but with Irene pregnant, leaving a cloud that hangs over the relationship, an unspoken secret within the family dynamic. Moreover, as time goes on, the happiness fades as life for the Decker family dissolves into dysfunction with life becoming increasingly difficult for the couple as the financial stressors of managing a farm and a family lead to arguments and tension which clouds the atmosphere of the once happy couple. Also, at play is the way the sons are raised with son Tommy (the oldest) always at odds with the preferential treatment that brother Hughie always seems to get especially from their father Lemuel. Consequently, life takes a turn for the worse as things deteriorate when Irene, longing for a different life away from the farm, leaves the family. The Decker boys wind up growing into very different people without their mother and stuck with an irascible father.

Next, the story focuses on Harold Simpson, the sheriff in Milrose county. He is one wicked racist son of a gun. His backstory, although somewhat sad, leaves no room for excuse for his wicked, self-satisfying antics and interactions with the people he is supposed to protect. As the story progresses, his presence stimulates a deep desire to see him get his just desserts as he terrorizes the people within his jurisdiction essentially, he is the town bully with a badge and a gun.

Moving on the narrative brings into view the Lake family, Joseph and Audrey, and sons Kenny and Sammy. Originally from Chicago, the family gets the opportunity to move from city life to a farm in Nebraska; however, they are the only black family within a hundred-mile radius and are neighbors to the Deckers. The Deckers are friendly to them with an amicable relationship ensuing between the two families, especially for sons Hughie Decker and Kenny Lake, who become quite close and what follows after is a journey through self-discovery, for the boys which culminates into a longtime friendship and holding onto a secret that remains submerged in the murky waters of the past.

Altogether, I enjoyed The Offspring. It was a read that held my interest until the intense finale. I enjoyed going through the layers of this intriguing tale, replete with well-developed characters, and an interesting storyline written with a crisp, eloquent style that keeps you engaged. This would make a great summer read and I look forward to more works by this author.

What People Are Saying About The Offspring