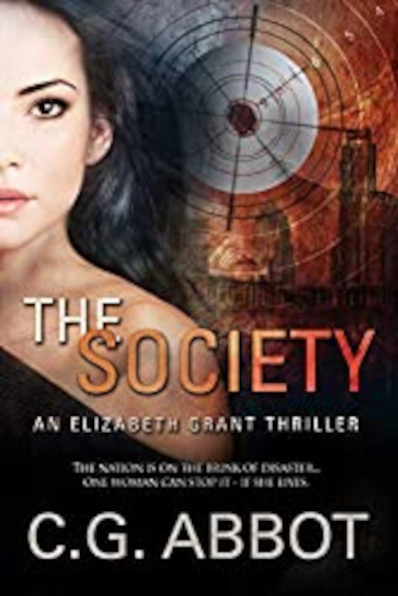 While Elizabeth Grant is housesitting her grandmother’s house in Mississippi, she is plagued with returning nightmares. Seven years earlier her best friend Loralei, the closest thing she had to a sister, disappeared without a trace. As a child, Elizabeth spent every summer visiting her grandparents. During her first summer visit, she met Loralei and they became best friends spending all their time together. Purchase Here.

The summer that Loralei vanished, Elizabeth did not visit Mississippi. Could she have done something to prevent her disappearance? The night her friend went missing, she had a vision of Loralei in her bedroom in Colorado. Loralei appeared bloody and beaten, terrifying Elizabeth. She asked her mother to call Lorelai’s house and learned that she was missing. Loralei was never found and Elizabeth began to have nightmares and visions of her. What terrible thing happened to Loralei?

Now, while at her grandmother’s house, she receives an early morning visitor, Madame Antionette. Madame Antoinette needs to speak to Elizabeth about Loralei as she was having visions of her too. Soon after her visit, the woman is killed and Elizabeth is now in danger too. Someone is watching her, possibly the same person or persons who hurt Loralei and Madame Antoinette. Elizabeth discovers that her friend was in possession of some important documents that endangered her life and puts the nation in jeopardy. Throughout the book, Lorelei appears to her friend helping her figure out the mystery.

Elizabeth learns of a corrupt, secret society that wants to take over the country by infiltrating important government offices. Can they be stopped before they do damage to our country? Others, such as an FBI agent, a journalist, a computer specialist, and an escaped convict join Elizabeth in her attempt to discover the people in The Society and put a stop to their plan.

This book is very well written with a thrilling plot that kept my attention throughout. Elizabeth’s gift is portrayed as very realistic making the reader a believer in the possibility of a sixth sense. The details of the secret society are easily understandable and do not leave the reader lost. Elizabeth’s character develops greatly throughout the novel and leaves us wanting to read about her next adventure. It should prove to be as exciting and interesting as this one. “The Society” is a great read and an outstanding chunk of suspense with twists and turns that keep you guessing until the very end.